Carpenter ants and other such intruders

Needless to say, this arboreal remnant will begin a process of putrefaction? As a result, the area will become wet. It would be surprising if insects were not attracted to it, as such conditions enchant them. Let's hope it's not carpenter ants! Small mammals can also come for a visit from time to time. Without a doubt, what havoc is in store...

Another unpleasantness to mention in the list is the mushrooms. You who used to work so hard to avoid them! A wiper can so quickly make the mystifying object disappear, in the sense that you only considered its advantages. This turned out to be misleading. 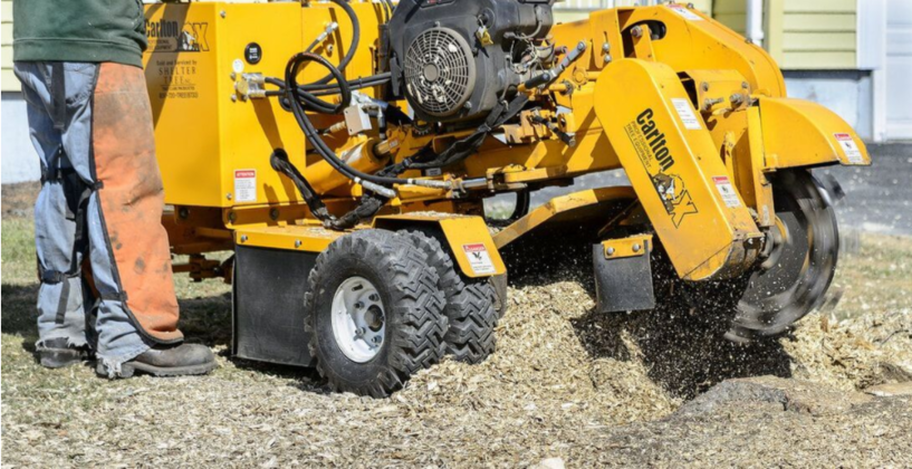 By leaving a stump in place, you are keeping the roots in the soil. This will lead to another inconvenience not much better than fungus: shoots that will invade the stump. This kind of phenomenon can be seen in the woods. It is not pretty at all. You thought the stump would go unnoticed. So you'll have to deal with trimming those unsightly appendages. A small matter, you say. Maybe it is. At least at first. But as time goes by, you'll probably get annoyed. Especially since you have to admit that the gesture is useless. It does not bring you anything in return. You might as well spend that time on maintenance that counts, right?

In Lanaudière, turn to Emondage Repentigny for proper tree removal. Our tree care service can be reached at 579-795-1014. We will give you a free estimate.

Having reviewed the disadvantages, let's look at the advantages now. The first positive point is the space saving and the increased safety that you will get from it. You could therefore plant a new tree in the same place as the previous specimen, or even install the suspended swing with awning, which you were looking for. I don't need to remind you how precious space is, especially in the city. As far as safety is concerned, you only need to have stubbed your toe against the annoying stump to realize the safety aspect of having it removed!

Adding value to your property

Perhaps you are considering selling. If not, of course, you should never say never. However, some prospects may see a stump as synonymous with neglect of maintenance. The impression may be completely unconscious, to the point of being unable to identify the source. This may result in fewer visits. In any case, properties that appear impeccably maintained are obviously the preferred ones.

Another indisputable idea is the effectiveness of chemicals in degrading a strain. At least from a certain point of view. Because the method is also undeniably harmful to the environment. Soil, water and plants in the vicinity will be contaminated. Inhaling these products yourself can be bad for your lungs. And if by chance you have spilled it, animals could lick it or even children could touch it and put their hands in their mouths. Doing it this way is not recommended at all. Our wiper does a sincerely better job.

Use of a tractor or excavator

Maybe your brother-in-law's friend will want to bring in his cheap excavator or tractor and remove that stump in a jiffy. Those big machines are pretty heavy, aren't they. When they go over your lawn, they could very well dig unwanted ruts in your lawn and kick up large clods of dirt. That could destroy your lawn. Imagine the repair work that awaits you! Deal with our experts. They have the equipment dedicated to stump removal. By being so equipped, they are able to do the job properly. Tree planting
Call us now!
579-795-1014
​